In this context, it is imperative to establish a theoretical framework based on the field of surveillance and to determine the interfaces for building an oral health surveillance model, integrated with the prevailing health surveillance policy. Based on the essentially chronic nature of most oral health diseases, the model should attempt to integrate the various approaches. The first step is to adopt a surveillance model for chronic diseases, necessarily from the oral health perspective. This requires adopting new ways of measuring oral lesions and sequelae not only physically, but also in terms of their impact on quality of life. The new model should also focus on common risk factors, representing the principal information needed by countries, regions, and local health authorities for planning health promotion and primary prevention. This approach should also be considered in the construction of a future oral health information system.

The surveillance system for chronic non-communicable diseases includes: (a) mapping trends and analyzing social, economic, behavioral, and political determinants to back health promotion policies and strategies; (b) reducing the level of individual and population exposure to the most common risk factors; (c) strengthening the health system for patient management; and (d) strengthening the respective local, regional, national, and international networks and partnerships.

In December 2006, under Ministry Health Ruling SAS/MS 939/2006, Brazil created a national committee with various functions, including, in Article 4, advising the Oral Health Division of the Ministry in setting guidelines and strategies for oral health surveillance, based on epidemiological characteristics and organization of health services at the National, State, and Municipal levels, and proposing criteria for data validation in the information systems under the Unified National Health System (SUS), as well as strategies for institutionalization of monitoring and surveillance in oral health.

Due to the relevance of chronic non-transmissible diseases as part of the epidemiological profile of the Brazilian population, the Ministry of Health, through the Health Surveillance Secretariat, has formed various partnerships between academic research institutions, States, and Municipalities to develop overall surveys for monitoring risk and protective factors and health problems and conditions. This Supplement discusses some of these surveys (e.g. VIGITEL, VIVA, and PENSE) that have already included issues related to oral health, besides the specific survey on the oral health conditions of the Brazilian population (SB-2010), highlighting the importance of consolidating the current initiative to structure the oral health surveillance component of the PNSB by extending this action to the State and Municipal levels.

This article is also available as a PDF download. 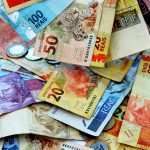 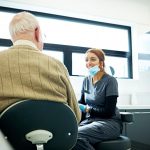