Syria has witnessed the greatest humanitarian crisis of forcibly displaced population of our time. According to the UNHCR, the marked increase in the global population of forcibly displaced people was concentrated recently and driven mainly by the Syrian crisis. Besides civilian death, injuries and the destruction of civilian infrastructures, the Syrian conflict has resulted in more than 13 million Syrians displaced within and outside Syria, of which over 5 million refugees are in neighbouring countries: Lebanon, Jordan, Iraq, Turkey and Egypt. More than half of these refugees are children.

Before the crisis, Syria, like other countries in the Middle East, had a high prevalence of dental caries amongst children aged five and under. This burden of tooth decay had been increasing from 74% in 1991, 82% in 2007 to 86% in 2013, with a dmft value of 7.7. Currently, with the protracted nature of the Syrian crisis, the burden of dental caries has increased to hit a record high of over 90% amongst Syrian refugee children. Oral pain was reported by 57% of these children. Syrian refugee caregivers have voiced strong concerns about their children’s oral health in humanitarian settings and its considerable impact on families. Child dental pain has been repeatedly reported to cause considerable distress for Syrian refugee parents (and children) and served as a trigger for deeper feelings of anger, frustration and helplessness.

This burden of childhood oral diseases amongst Syrian refugee children is due to the multiple barriers young refugees face to maintain good oral health, such as, barriers to fresh food, oral hygiene products, and accessing dental care, leading to the deterioration of their oral health.

Despite the interest of international humanitarian organisations such as the UNICEF and UNHCR in addressing the burden of dental caries amongst refugee children, there is limited evidence on the effectiveness of public oral health interventions in humanitarian settings located in high or middle and low income countries (LMICs). Thus, currently testing a number of community-based approaches to address this burden is underway. 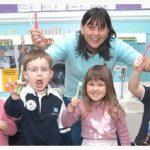 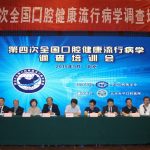